Who Are Famous Tap Dancers?

Tap dancing is a fun dance that is characterized by energy, enthusiasm, and dancers creating a percussion sound with their shoes. The metal band on the heels and toes of the shoes makes them unique for tap dancing. The dance was established in 1845 by Master Jumba, and tap dancing evolved since then.

Tap dancing evolved into new styles of dancing, which include jazz, Broadway, Soft Shoe, as well as Buck and Wing. Over the century and years, new tap dancers were born. Who are famous tap dancers? Listed below are names of entertainers who influence audiences that listen to them. Some are deceased, and others are young and have plenty of time ahead of them.

Fred Astaire, born in 1899 and passed away in 1987 of pneumonia, was considered to be one of the most cherished musical stars by Hollywood. He starred in many American movies often with Ginger Rogers and was known for being a vivacious tap dancer. All of the films featuring Astaire showed what a top tap dancer he was. He had plenty of roles where he attended ballroom dances with Ginger Rogers. However, films such as Let Yourself Go gave him the reputation of being one of the best tap dancers around.

Fred Astaire was loved by many and is known for his good looks, and walked his talk. In addition to the graceful moves he created.

Howard ‘Sandman’ Sims was a tap dancer who was born in 1917 and passed away in 2003. Sims was known for tapping quite loudly with his shoes as he created his distinctive dancing style. One of the techniques he was known for was tapping on the sand, which is how he got his nickname, ‘Sandman.’

Sims was born in Fort Smith, Arkansas, and spent most of his life in Los Angeles. He began tapping at age three as he claimed dancing was natural to him. He claimed to be full of rhythm and even wore the toes out of his shoes, which were why his mother placed metal bands on them. Sims also became a boxer in addition to a dancer in the 1930s. After breaking his hand in the boxing ring, he did not give up and kept moving his feet as if he was tap dancing. He became even more creative with his moves and eventually attended tap dancing competitions.

Sims never lost in those dance competitions as his style was awe-inspiring, innovative, and intriguing. He’ll always be known as the tap dancer who was a true nonconformist. He created his own set of rules instead of following them.

Gregory Hines was born in 1946 and succumbed to cancer in 2003. He was born in New York City, and his mother from a young age influenced Hines to go into tap dancing to get away from the ghetto. From the age of five onward, Hines was performing in theatres along with his older brothers, which included Broadway.

Hines had problems with his brothers and moved to California to continue his career. He ended up appearing in plenty of movies such as The Cotton Club, Running Scared, as well as Tap. The popular sitcom Will And Grace featured Hines as a tap dancer, and Hines had his show for a while as well. His objective was to influence others to follow their dreams as he followed his. Even though his mother encouraged him to go into tap dancing, he took to it naturally.

Savion Glover is an actor, tap dancer, and a choreographer. He was born in 1973 and is still performing today. He came from a family of artists as his grandmother had the role of the minister of music at a Baptist church in New Jersey. Glover’s grandfather was a vocalist as well as a big band pianist. Glover fell right into the arts, and his grandmother noticed his musical talent as well. He performed in Broadway plays, and at age 12, he received the nomination for a Tony Award. Being nominated for a Tony Award at age 12 is a huge accomplishment, which makes him quite extraordinary.

Other things that make Glover quite extraordinary was when he received a Martin Luther King Jr. Outstanding Youth Award. His accomplishments at a young age brought on a lot of envy directed from him from the competition.

Glover attended a high school for the arts and graduated from it in 1991, and stuck with the arts. In addition to tap, Glover became a choreographer for tap dancers. He choreographed for the theatre-based movies, Bring in Da Funk and Da Noise. Glover is still performing a lot as his future continues to shine so brightly.

How Did These Tap Dancers Become So Successful?

You just learned about who the famous tap dancers are, and one question you have is, how did they become so successful? The answer is the same that any successful professional would give you in any niche, whether it is tap dancing, bowling, business, or medicine. They have drive, confidence, and tenacity. Every professional, including the tap dancers, mentioned experienced failure at one time or another.

Failure is a part of success because failure is how you learn from your mistakes, so you do not repeat them. Successful people never allow failure to get into their way of progress. That’s why they keep trying, no matter what. There is a good chance those tap dancers and anyone attaining to achieve something great experienced temptation to quit. Especially when life became frustrating. If they stop, there would be no success. They kept going no matter the levels of frustration felt. Their drive, desire, and passion brought them to become highly successful.

The talk about tap dancing does not often happen among those who don’t have an interest in arts and entertainment. However, those who have a keen interest in that enjoy learning about different types of dance, especially tap dancing. Tap dancing is intriguing, unique, and entertaining, and famous tap dancers made themselves stand out to be the best. If you are a professional tap dancer and suffer from foot ailments such as plantar fasciitis or sprains, then these shoes will serve you best as you recover.

Famous tap dancers included Fred Astaire, Howard ‘Sandman’ Sims, Gregory Hines, and Savion Glover held influence. Their drive, desire, and passion helped them become successful and inspirational on many levels. Only Savion Glover is the tap dancer that is living as the others are deceased. Their legends live on, however, and always will. 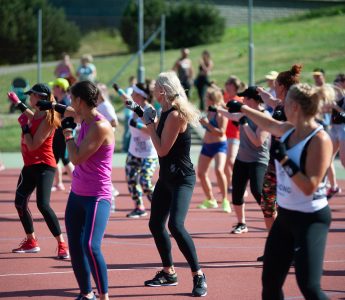 Advice on Zumba for Beginners 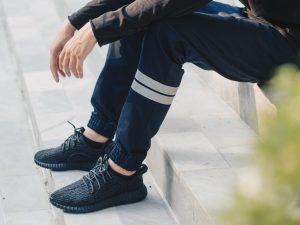 How Do You Know If You Have Bunions